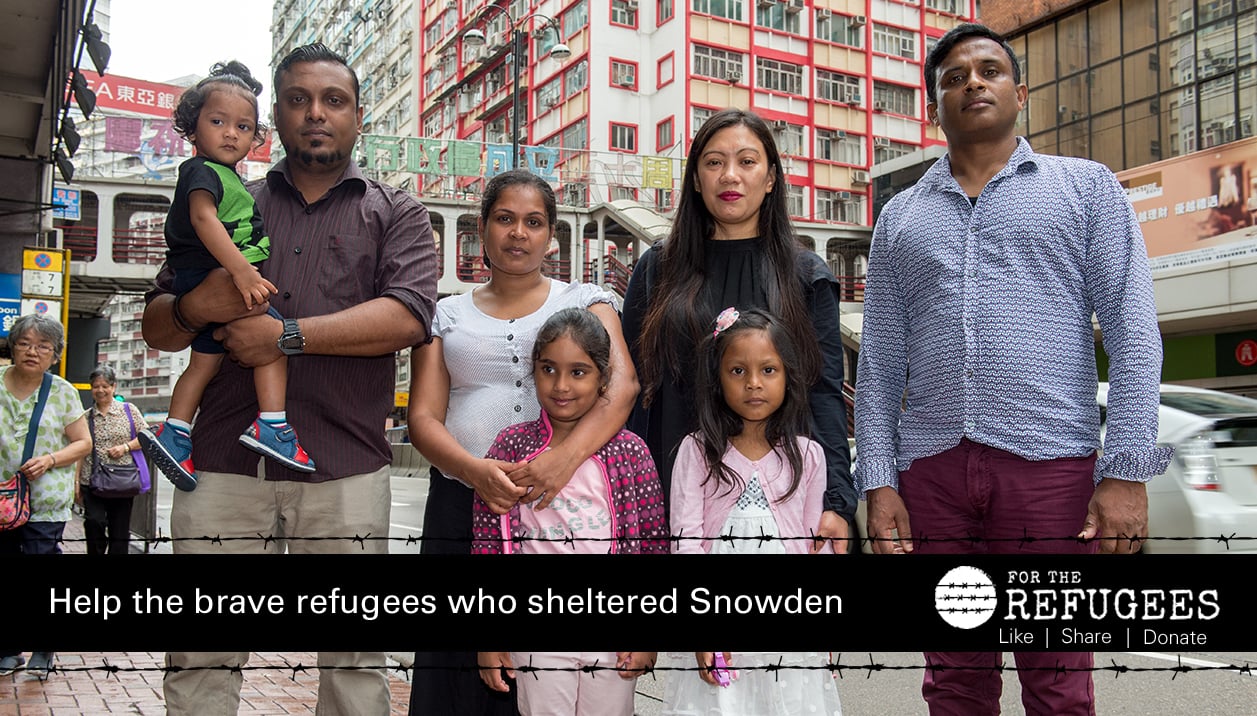 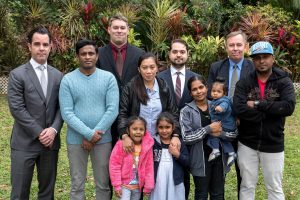 HONG KONG – At a press conference on Monday, the lawyers acting for the three families who provided shelter to American whistleblower Edward Snowden in June, 2013 will make important announcements concerning changes to their status and circumstances with the Hong Kong and Canadian Governments.  In particular, announcements will be made concerning the dire circumstances of Mr. Ajith Pushpa Kumara Kankanamalage, the ex-soldier who sheltered Mr Snowden in Hong Kong in 2013. His Torture Claims Appeal Board hearing is scheduled for Monday morning in Hong Kong.

His deteriorating situation in Hong Kong, and the Canadian government’s reluctance to act now to provide him with protection was underlined this week by Human Rights Watch in an open letter to Canadian Minister of Immigration Ahmed Hussen. The respected international human rights watchdog highlighted the Hong Kong government’s determination to subject Ajith Pushpa Kumara to an appeal process on Monday morning he is wholly unfit to participate in at this time. Their letter dated June 20, 2018 is attached.

Photo and video only. Questions will be taken at the press conference, details below.

The lawyers, with their clients will be attending the appeal hearing at the TCAB venue in North Point on Monday June 25, 2018. During the morning session of the hearing (from 10:00 am to 12:45 pm), the lawyers representing the families will be making a number of statements and then taking questions.

(Individual interviews can be arranged after the press conference)

Human Rights Watch stated on June 20, 2018 that “Ajith Debagama Kankanamalage is suffering acute post-traumatic stress disorder and mental health issues as a result of past torture and sexual abuse suffered at the hands of the military and military police in Sri Lanka. He faces the very real prospect that his upcoming appeal of his application for asylum in Hong Kong will be rejected and that he will be returned to danger.”

“Canada has been dragging its feet on these applications, apparently waiting out the protracted legal process, and likely rejection by Hong Kong, and the psychological toll on these poor people has been enormous,” said Dinah PoKempner, general counsel at Human Rights Watch. “It is shameful that Ajith Kankanamalage, who fled horrific torture and who still has persecutors tracking him, is still unsafe and unprotected, all the more so because he helped Edward Snowden, whom he knew only as a fellow asylum seeker.””

“Kankanamalage’s appeal hearing in Hong Kong is scheduled for June 25 to June 27, but his psychiatrist is doubtful he can participate meaningfully or safely, given his acute post-traumatic stress disorder symptoms and the re-traumatization he suffers when he is asked to discuss the experiences that caused him to flee Sri Lanka. Hong Kong authorities rejected the asylum seekers’ claims in September 2016 and his mental state has deteriorated sharply since that time. His doctors and lawyers fear that his life and safety are at risk.”

Snowden Refugees remain at real and immediate risk of being detained,

separated from their children and deported

The three families are at immediate risk of being detained by the Director of Immigration at the Castle Peak bay Immigration Centre in Tuen Mun (“CIC”) and being removed / deported to her home countries. If detained by the Director of Immigration, three of the clients, being children aged between one and six years of age, will be taken away from their parents and put into government facilities or foster care. If returned to their home countries, all family members will face the immediate and real risk of being subjected to arbitrary arrest and detention, cruel and inhuman degrading treatment and punishment, torture, persecution and extrajudicial killing.

Canadian Lawyer to the Snowden Refugees and member of “For the Refugees” , Quebec, Canada