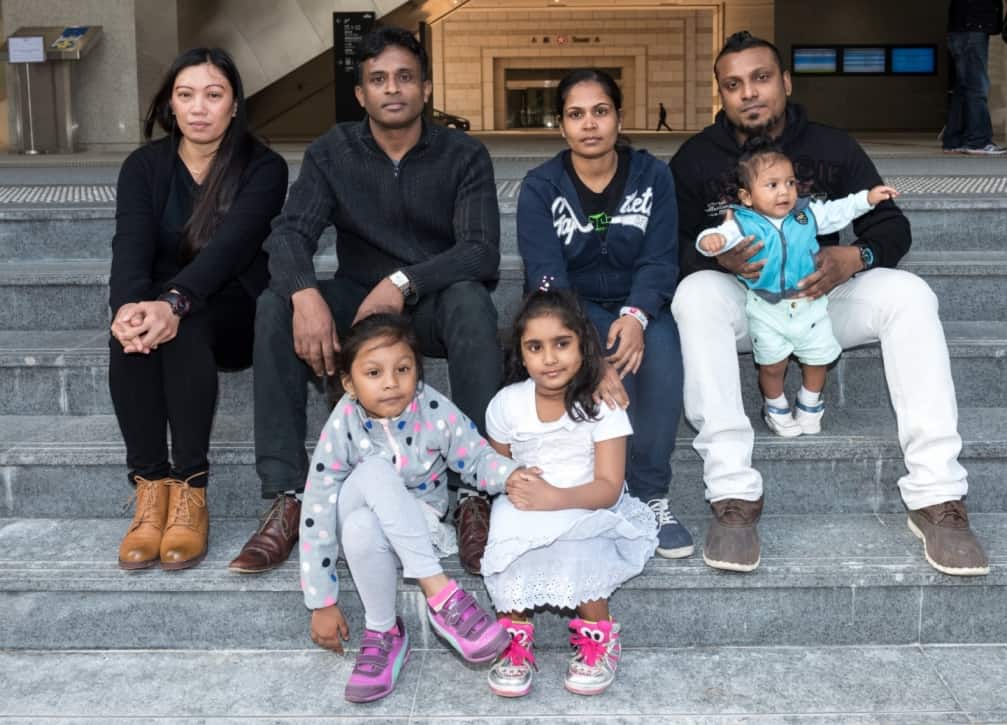 Can the crowd save Snowden’s Guardian Angels?

Do you have two minutes, twice a week? If so, you can help save the lives of seven good people.

The story is simple: In 2013 when he was on the run in Hong Kong a handful of refugees took Edward Snowden in and sheltered him. Now their benefits have been cut off and their deportations to countries where they face documented threats of torture and death have been expedited. All for helping a man on the run, a refugee as they had been when they fled their countries.

In 2018 one of two things will happen. These seven brave refugees, including three stateless small children, will be deported back to torture and death, or they will escape to start new lives in Canada.

It’s a race against time to get their privately-sponsored refugee applications, which have already been approved by the Quebec government, to be also approved by the Canadian consulate before they are deported by the Chinese-run government in Hong Kong.

[Read enough? You can read more about their story and make a donation here, and sign up to our ambassadors email list right now.]

, but the important part is this: In order to fight their deportations in Hong Kong court, petition the Canadian government to expedite their cases, pay the living expenses of the families in Hong Kong and cover travel and resettlement expenses in Canada we need to raise roughly $250,000 in the next few months. Seven lives depend on it.

We are a Canadian non-profit founded to help these seven refugees, with an all-volunteer board and no employees. We have the support of major human rights organizations like Human Rights Watch, Amnesty, ACLU, Freedom of the Press Foundation and Lawyers without Borders, and big names like Oliver Stone, Edward Snowden and Joseph Gordon-Levitt.

Now we need your help.

A social media campaign that reaches enough people to raise a quarter of a million dollars is a major undertaking, and once the campaign kicks off in a few weeks we’ll be releasing new content (videos, memes, blog posts, celebrity endorsements, etc.) twice a week for about six weeks.

That’s it. That’s all you have to do. Sharing our content right after it’s released not only spreads the word to your followers and friends, it helps build momentum behind it, convincing social network algorithms that it’s popular content and they should put it in the feeds of more people.

This insanely simple trick has been used to power the success of some of the biggest online fundraisers, and simply put it makes a BIG difference.

Our small team of volunteers has been working tirelessly to bring these refugees to safety since 2016. Now it all comes down to the next few months, and we need your help to give this story a happy ending. Saving these seven lives will take a village, but together we can do it.

Become an ambassador (You’ll be taken to a Mailchimp landing page and asked for your email.)

If enough of us give just a few minutes a day, twice a week, we can literally save lives.

Let’s make 2018 the first happy year in a long-time for these refugees. The alternative is simply too terrible to contemplate.

In gratitude and solidarity,

Marc, Cristina, Michael, Ethan, Nancy, Daphné, Francis and the rest of the For the Refugees team, on behalf of Supun, Nadeeka, Ajith, Vanessa and their three small children.